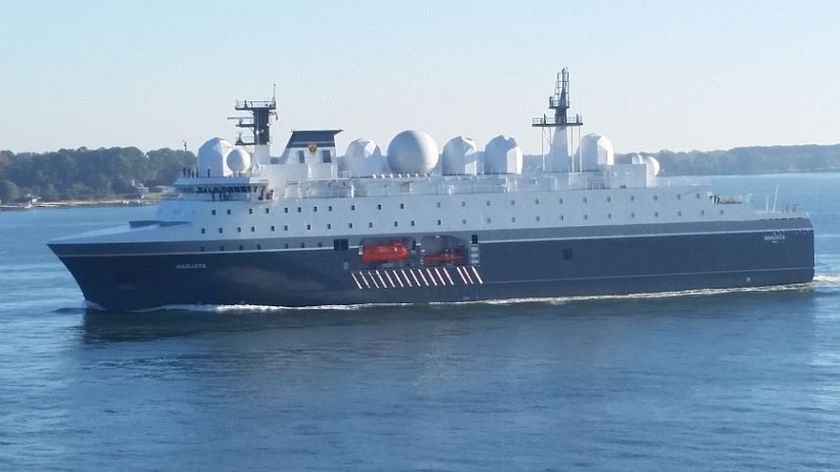 Norway is a Scandinavian NATO member that has a strategic interest in the Arctic region. Today it faces a number of both global (the crisis of the international security system) and local (militarization of the Arctic) challenges. This creates a requirement to rethink its defense doctrine and to modernize national armed forces.

Norway became one of the states whose security planning has been questioned by modern Russian aggressive policy. Until recently its defense priorities were characterized by two trends. On the one hand, at the beginning of the XXI century the annual defense spending remained at a constant level. The reform of the armed forces demanded the closure of several bases and dissolution of some units. On the other hand, rearmament of the armed forces and the implementation of cost-effective high-tech projects were planned to execute in the coming years. As a result, Norway has sought to shift the balance of “number” – “quality” categories in favor of the latter.

However, recent events require a revision of this approach. Today Defense Minister insists on increasing of defense spending as part of the security plan for the 2017-2020 years. At the end of this term they have to reach 7 billion US dollars per year. Rationalization of costs remains important – 11 military facilities remain subjects to reduction. However, it does not interfere with strengthening of Northern direction of Norwegian defense which is directed against threats in the Arctic. Increased attention to this region was already confirmed in 2009 when the Joint Headquarters of the Norwegian armed forces was transferred from Stavanger to Bodø. Under such conditions massive military reform is planned in Norway. Its duration can range from 10 to 20 years.

Today Oslo believes that Russian Federation is the main destabilizing factor in the international arena. It is emphasized that it has no direct military threat to Norway. However, its actions in Ukraine, the modernization of the Russian armed forces (both conventional and nuclear) and increasing presence in the Arctic require an appropriate response.

The basis of Norway’s defense planning is its commitment to allied obligations in Euro-Atlantic format. Help from allies in the case of crisis is vital for this Northern state. At the same time, Norway has to maintain the potential of its armed forces at an appropriate level to provide an adequate response to threats during the first stages of the conflict.

Several structural changes are planned to execute according prospects of development of the armed forces. Northwest garrison in Sør-Varanger, which is based on the border with Russia, is subject for strengthening. A full battalion group will be placed there. Company of Border guards will be strengthened by the two companies of light infantry. This unit will get antiaircraft and anti-tank weapons. The main combat unit of the Norwegian army – brigade “Nord” – will be reinforced with anti-air battalion of three batteries. MLRS battery is planned to create in artillery battalion of the brigade.

Also there are plans to improve the quality of weapons of Norwegian armed forces. Its main battle tanks Leopard 2A4NO should be upgraded by 2018. In 2012 Norway established a deal with Sweden for the construction and modernization of IFV CV90 (41 new vehicles + upgrade of 103 vehicles in service). The project cost is 750 mln. US dollars. Its completion is scheduled for 2017-2018 years. Army artillery park will be upgraded by replacing of outdated models with Korean K-9 Thunder self-propelled howitzer. Also funds are directed to improve air defense capabilities of the armed forces through the purchase of MANPADS and SPAAG weapons.

Norway seeks to modernize its air force. Since 2008 this country is involved in the program of F-35 Lightning II purchase.

Norway seeks to modernize its air force. Since 2008 this country is involved in the program of F-35 Lightning II purchase. Royal Norwegian Air Force seeking to replace its F-16 fighter with this American aircraft of the fifth generation. It is planned to purchase 52 machines. They will be specially upgraded for combat missions in the Norwegian climatic conditions. The first F-35 aircraft for the Norwegian Air Force were built in 2015. Now they are used for training of Norwegian pilots in the USA. F-35 will be relocated in Norway in 2017. The project cost is estimated at 10 billion US dollars. It should be noted that its implementation has caused criticism from the media and some political forces. There have been accusations made in the opacity of the decision to purchase the F-35. The need for such expensive purchase is causing a lively debate in Norway even today.

Antisubmarine task in the Norwegian Air Force is carried by six maritime surveillance aircrafts Lockheed P-3 Orion. The threat from the Russian Northern Fleet requires replacement of old planes with new models. Such problem is considered by the Norwegian high command. Most likely it will be solved with the purchase of Boeing P-8 Poseidon planes.

Norway also plans to modernize its helicopter fleet. The talk in this field is primarily about machines based on Navy ships and served in coastal defense. Norwegians have ordered 14 NH90helicopters, developed by the European consortium. However, full implementation of the project is postponed and delayed. As a result, Norway began to consider alternatives variants for purchasing of new helicopters. Also, 16 helicopters AW101 Merlin will replace WS-61 Sea King as search and rescue vehicles.
The air defense of the country is reinforced by the formation of an additional battalion, armed with Norwegian Advanced Surface-to-Air Missile System (NASAMS 2). Future plans to improve air defense system of the state include adoption of a new long-range missiles. They will be concentrated around the Norwegian air bases in Ørland and Evenes.

Ship component of the Royal Norwegian Navy is generally consistent with current task. Its foundation consists of five frigates of the Fridtjof Nansen class (commissioned in 2006-2011) and six corvettes of the Skjold class (commissioned in 1999-2012 years). Last ships are the fastest warships in the world, and despite the small size should be considered as a powerful force.

Instead, mine and submarine branches of Norwegian Navy require improvement. Concrete steps have already been taken regarding the latter. Today it consists of six submarines of Ula lass, which were commissioned in late 1980s and early 1990s. Despite the excellent characteristics (maneuverability and silence) and the modernization executed in the XXI century, they have to be replaced by four new ships. According to the latest plans new submarines should join the fleet between 2025 and 2030. Today Norway is in the process of election of the project for their building. It considers the prospects for joint implementation of this project with other European states. The traditional partner in this area is Germany. Another interested party is Poland.

Traditionally one of the objectives of Norway under allied effort was intelligence activities towards the Northern Fleet – first of the USSR and then of the Russian Federation. This task primarily is about Russian submarine force, which constitute a strategic threat. Since the mid 1960s, Norwegians used electronic intelligence collection vessel (project Marjata), to perform this task.

The current intensification of the Russian Navy activities in the Northern waters require an appropriate response. The construction of the new vessels for Norwegian intelligence service – Marjata IV – became the one. The cost of the project, which was initiated in 2010, is 1.4 billion NOK (approximately 149 mln. Euros).

The current intensification of the Russian Navy activities in the Northern waters require an appropriate response. The construction of the new vessels for Norwegian intelligence service – Marjata IV – became the one. The cost of the project, which was initiated in 2010, is 1.4 billion NOK (approximately 149 mln. Euros). The vessel is much larger than its predecessor. Its construction took place on Romanian and Norwegian shipbuilding facilities. The necessary modern equipment was installed on it at the US naval base in Chatham. In May 2016 ship was transferred to the port of Kirkenes in Northern Norway, being ready for intelligence activities. It should be noted that the previous model – Marjata III – also remains on duty. Renamed as Eger, this ship is back to work after the necessary modernization in 2017. This demonstrates the willingness of Norway to strengthen its presence in the Arctic. For the first time in the history the efforts to monitor Russian submarines is doubled – an event unprecedented even during the Cold War.

Thus, Norway is in a stage of transformation of its armed forces. The process, outlined in a new four-year development plan, should continue in the 2020s. The policy of the Russian Federation is seen as a destabilizing factor that requires attention to the Northern sector of defense. The main projects in the field of defense are improvement and renewal of the Air Force fighter jets and submarine branch of the Navy, replacement of older antisubmarine patrol aircrafts with new models, the development of both air defense system and intelligence component. These processes is accompanied with restructuring of the armed forces and implementation of other long-term initiatives (modernization of armored vehicles in service, improvement of intelligence capabilities directed against Russian Northern Fleet).

9,879 thoughts on “Modernization of the Norwegian Armed Forces: Main Trends and Prospects”