Modern regional security challenges have set before Baltic States a strong need of reassessment and optimization of their small sized armed forces. 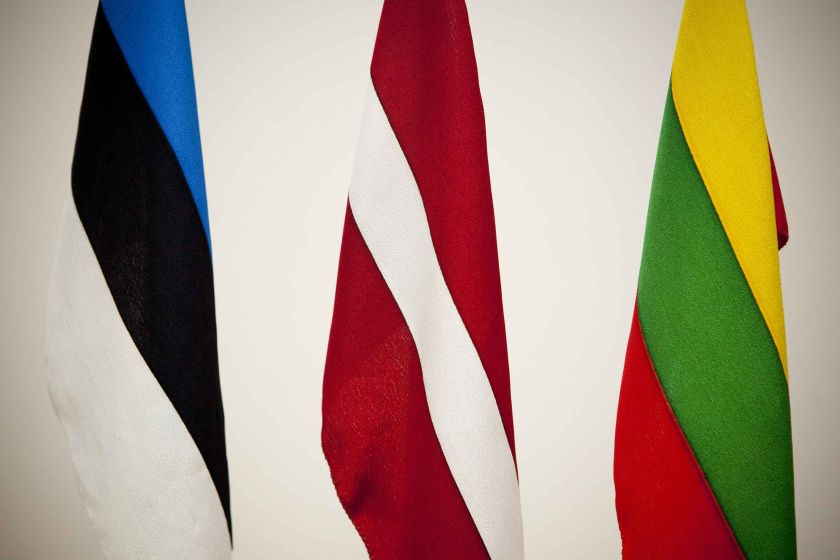 Intensification of Russian aggressive policy towards neighbors requires structural review and reform of military capacity from the Baltic States. Assistance from NATO allies remains a key element of the defense doctrine of Estonia, Latvia and Lithuania.

Deepening of cooperation and confirmation of Alliance’s obligations is the main task for the diplomatic activities of Tallinn, Riga and Vilnius. However, the Baltic States do not forget about the modernization of their national armies, which is implemented in the form of arms procurement and review of conceptual principles of defense policy.

Modern regional security conditions have set before Baltic States a strong need of reassessment and optimization of their small sized armed forces.

Estonian security policy is based on the principle of total defense. The army is formed on conscription basis which is supplemented by territorial units of Kaitseliit. This integrated approach is proved to be the most appropriate to the new conditions of the regional security environment.

In Latvia, the armed forces were transformed to the fully-professional basis in 2007. Recent events have not changed this principle approach. However, there were efforts to improve their training capabilities. In this context it was decided to organize obligatory training for 2,500 of reservists.

In Lithuania army also became professional since 2008. However, in the face of the deterioration of regional security situation conscription was restored in 2015. According to the amendments to the law 3000 citizens will be recruited annually for the 9-month service. This practice will continue until 2020 at least. The structure of the army has changed too. It was decided to expand the ground forces of the state by forming a second brigade (in addition to mechanized brigade Gelezinis Vilkas – “Iron Wolf”, which remained the core of the Lithuanian army for a long time). Formation of a new unit – motorized brigade Zemaitija – of full value is scheduled for completion by 2021.

Financial opportunities of aforementioned countries are limited, which affects the amount of expenditures in security field. Estonia is the only Baltic state which defense spending have reached 2% of GDP – the required level established for NATO member-states. In recent years, the amount of the defense budget ranged from 432 to 520 million US dollars (1,95-2,01% of GDP). In Latvia and Lithuania the situation is different. Riga defense spending in 2012 amounted to 257 million US dollars (0.95% of GDP). Ukrainian crisis, despite the rhetoric in the diplomatic sphere, did not lead to its increase. In 2015 it accounted for 265 million US dollars – the same 0.95% of GDP. However, national defense planning requires achieving budget increase to 2% of GDP by 2020. In Lithuania, there is a stable increase in the defense budget – from 0.77% of GDP in the pre-crisis years to 0.89% in 2014. The trend continues today, giving the Lithuanian leaders an opportunity to say that the level of 2% of GDP will be achieved in 2018.

The armed forces of the Baltic States dies not have heavy armored vehicles. Models in service designed to transport and support infantry units. So now there is a desire to improve their potential in this field both quantitatively and qualitatively. In the first case, the contracts of recent years significantly increase material and technical equipment of the national armed forces. As for the second issue situation is less optimistic because in some cases the Baltic States are buying older vehicles.

In December, 2014 Estonia has signed an agreement with the Netherlands for the purchase of 44 CV9035NL infantry fighting vehicle of Swedish production. The cost of the deal is 113 million Euros – it is the most expensive defense contract in modern Estonian history. The first vehicles were transported to Estonia in early October, 2016. Not stopping at this, in January, 2016 Estonians agreed with Norway the sale of another 37 demilitarized CV9030N (2 – for training purposes, 35 – for service in the army units). Norwegian vehicles will be used for a wide range of tasks – including as reconnaissance and sanitary machines, platforms for anti-tank and anti-air complexes etc. The contract cost is 635 thousand euros. Estonia also bought 6 engineer and recovery vehicles, built on the chassis of Leopard 1 tank, from the Netherlands. It should be noted that in the future the Estonian defense ministry recognizes the need to provide ground forces with tanks by 2020. However, these plans are still on paper.

Lithuanian vision of modernization of the armed forces focused on cooperation with the German-Dutch manufacturers of armored vehicles. In December, 2015 Riga announced its desire to buy 88 Boxer armoured fighting vehicles. The contract was agreed in August, 2016. Its cost is 385,6 million Euros. Delivery of vehicles is expected in 2017-2021. In the Lithuanian Army it will be named Vilkas (from Lithuania – “Wolf”). Also by 2019 it is planned to purchase 26 armored personnel carriers M577 V2 – the upgraded version of the American M113 machines. In the same period, Germany will supply Lithuania with 6 engineer machines.

The nature of possible confrontation and objective assessment of potential enemy forces actualizes an issue of providing national armed forces of the the Baltic countries with modern anti-tank weapons.

Estonia has expressed a desire to purchase 350 US man-portable anti-tank missiles of third generation FGM-148 Javelin. The contract cost is 55 million US dollars. Deliveries of the weapons began in 2015.

In the Latvian army recently received British armored vehicles will be used as a platform for Israeli anti-tank missiles of the fourth generation SPIKE. Latvia did not consider it necessary to rearm the army with Javelin’s – according to the military, the inability to manage the  US missile in flight makes it worse than the Israeli model.

Lithuania has also signed a contract with the United States in order to receive FGM-148 Javelin, which will be used as infantry anti-tank weapons. Modern armored vehicles will be equipped with the Israeli complexes SPIKE.

Modernization of the artillery park of the national armed forces of the Baltic States is not a priority which is recognized by all three countries. This issue is mostly considered in Lithuania, which concluded a contract with Germany to receive 155-mm self-propelled guns PzH2000. In 2015-2019 total number of 21 guns (of which 3 will be used as donors for spare parts and 1 – in training purposes) will be transported to Baltic region. Also in 2015 the Israeli company has upgraded Lithuanian M1064 self-propelled artillery vehicles (120-mm mortars on the chassis of M113 APCs). Estonian command also recognizes the need for taking into service of self-propelled artillery systems in their ambitious plans of military reforms. However, real steps in this direction are not implemented yet.

The defense of the airspace of the Baltic States primarily rests on the NATO operation, which involves air forces of the Allies. However, Lithuania has recently ordered several anti-aircraft missile systems NASAMS 2 in Norway. Vilnius also signed an agreement for the purchase of Polish MANPADS – GROM. The contract cost is approximately 34 million euros.

The conflict in eastern Ukraine once again proved the importance of reconnaissance data for warfare and confirmed the high potential of drones in this context. Not having enough money to develop and maintain its own unmanned potential, Estonia has voiced the desire to join the NATO program of operating US reconnaissance drones RQ-4 Global Hawk in 2014.

The hybrid nature of Russian aggression makes it relevant to improve capacity of territorial defense forces of the Baltic States, which receive a lot of attention even in time of peace because of limited potential of conventional forces. It should be noted that the basis and principles of such forces in different states are differs. Estonia follows the principles of the Finnish model of territorial defense, which is formed on the basis of the administrative division of the state. In Latvia and Lithuania territorial defense forces form a reserve for professional armed forces. They are primarily responsible for reservists training and replenishment of basic units.

In Latvia reform of Zemessardze is one of the priorities of the armed forces. The main directions of its implementation are to increase the number of its members, improve their training and procurement with weapons and equipment. Latvia plans to spend 4 million Euros to settle the latter issue. 800 Carl Gustaf man-portable reusable anti-tank recoilless rifles, 50 Scania trucks and 50 Mercedes-Benz off-road vehicles will be purchased in Norway.

In Lithuania, the absence of a strong Russian diaspora makes the possibility of a hybrid scenario of Russian aggression illusory. In this context, the modernization of territorial defense forces receives less attention from the authorities than in neighboring states. It is implemented in the context of the whole complex of the armed forces modernization. First of all it is aimed at creating of a rapid reaction force, which involved representatives of territorial defense as well.

Thus, today the Baltic States began an extensive modernization of the national armed forces, which is implemented both in an unprecedented scale and with attraction of significant investments for these countries. The main problem for Estonia, Latvia and Lithuania remains limited financial capabilities – continuing obstacles on the way to improve national defense. But even in these conditions the Baltics states make annoying errors in their planning. The lack of coordination on modernization of armed forces has negative effect on the whole process of increasing their military capabilities. This reduces the potential integration of national units, their ability to cooperate with each other. Negotiations on the joint procurement of weapons were already held, however, in practice, this initiative has no noticeable effect.